It is with great regret that due to a lack of response and at the recommendation of the schools, RAM has made the difficult decision to cancel the year end social and urgent special meeting scheduled for this Thursday, June 12th at Garden City School.

The elections for the 2014-2015 RAM Executive will likely be rescheduled for sometime early in the fall. We thank those who have expressed interest in considering volunteering for some of the vacancies, and hope that you will all continue to consider how you may help ensure RAM can continue. Without filling the majority of the Executive positions, particularly the Chair (or co-chair) position, RAM will not be able to continue.

We hope that all of our Montessori families have a great summer. And we hope that we can come together in September to fill the Executive and continue to support our children’s classrooms. The situation is critical. Please consider volunteering next year.

We apologize for the inconvenience of this cancellation. If you have any questions or would like to discuss, please contact us at info@richmondmontessori.ca 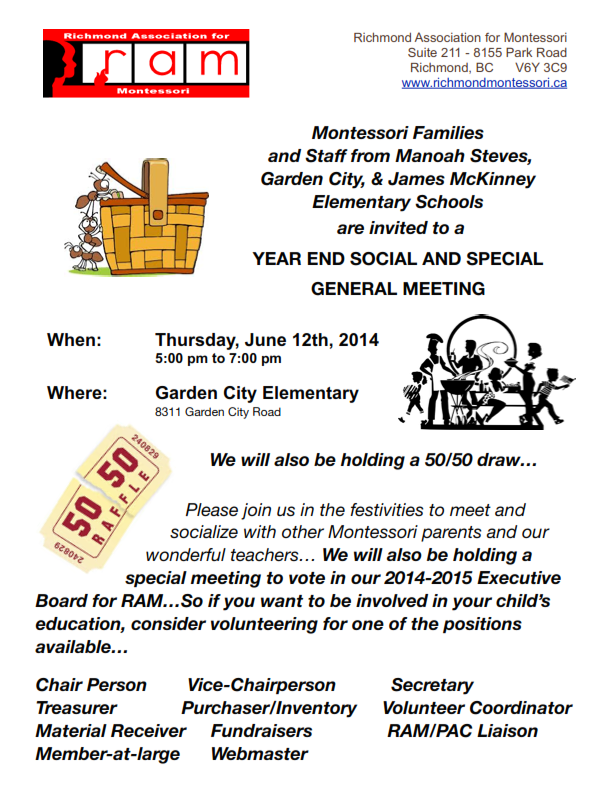 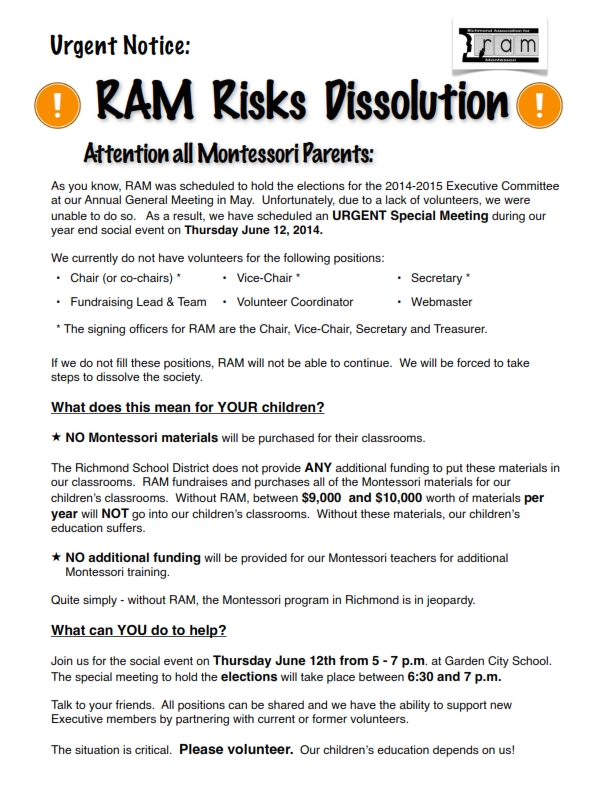 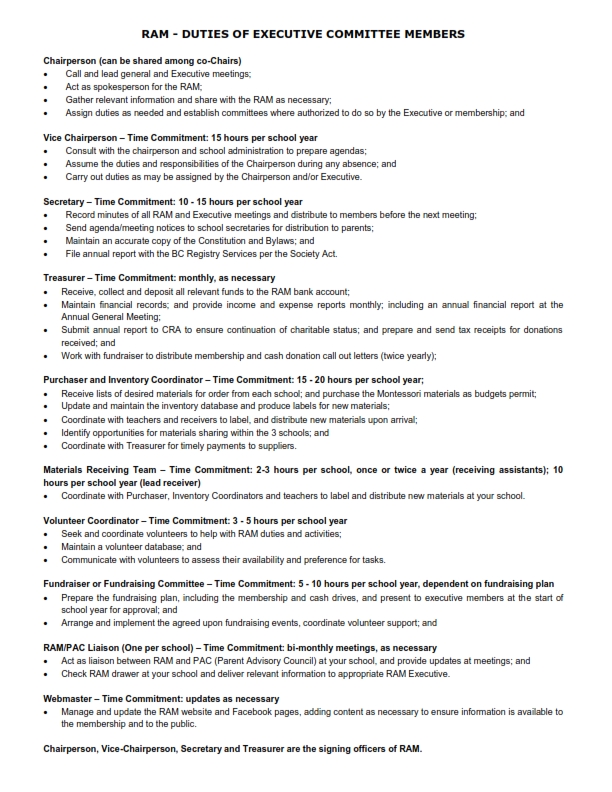 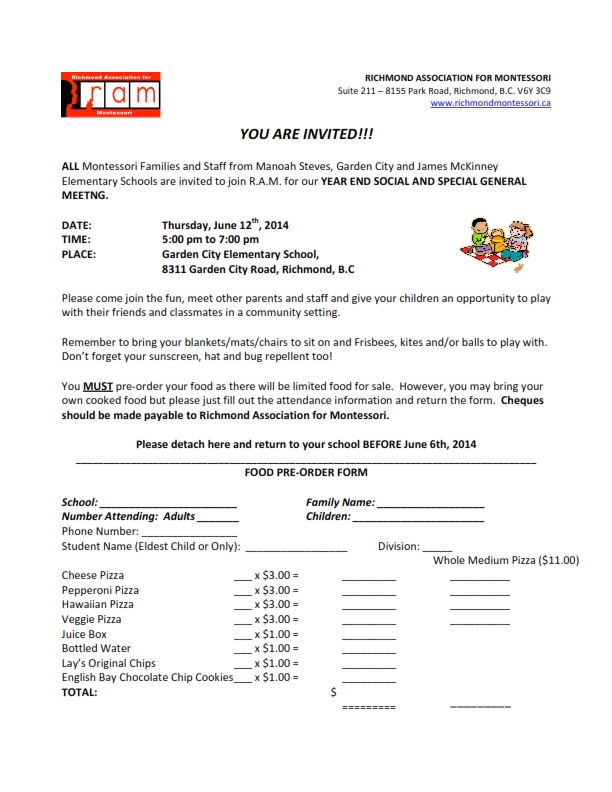 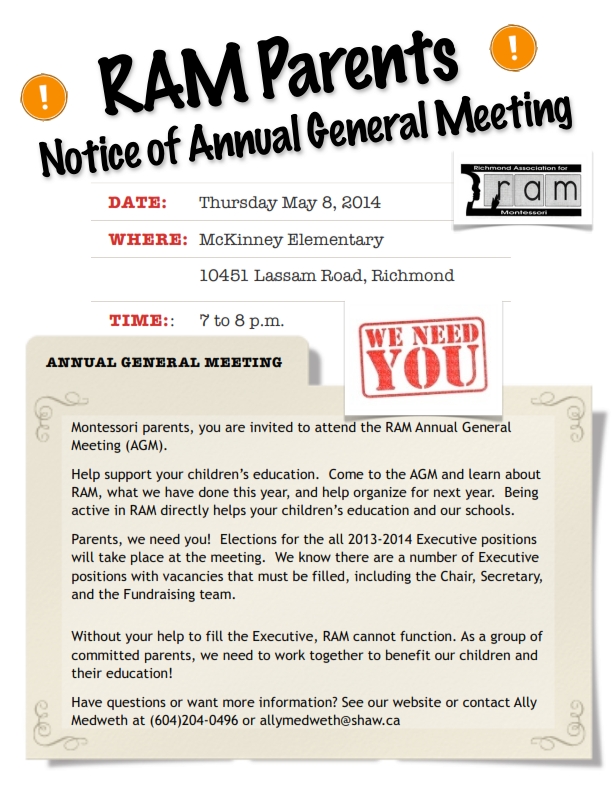 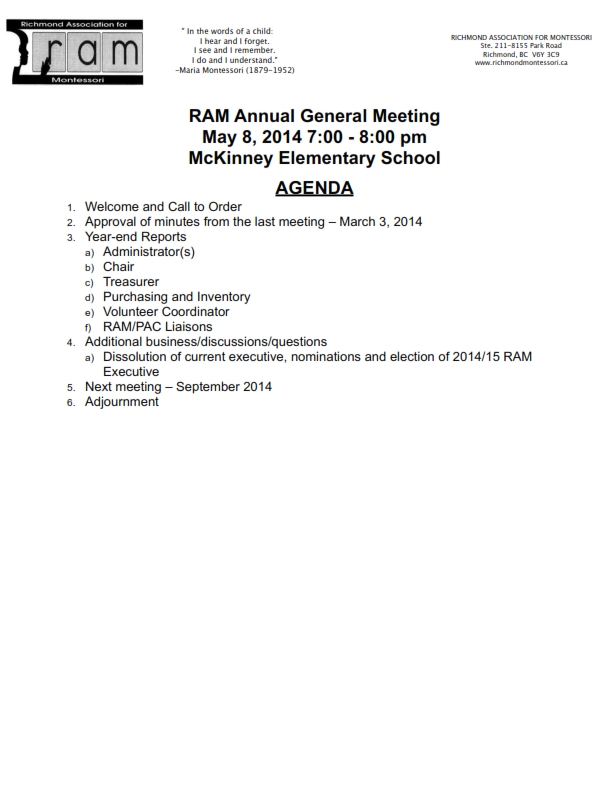 Throughout history, tech innovators have had lots of common traits.

They’re bright, outside-the-box thinkers, creative, and open-minded about the future.

But here’s something you may not know about the tech founders listed below: they all went to Montessori school.

Montessori education is an educational approach developed by Italian physician and educator Maria Montessori. It is characterized by an emphasis on independence, freedom within limits, and respect for a child’s natural psychological, physical, and social development.

These elements are essential for proper Montessori training:

Here are the tech innovators who attended Montessori school:

Larry Page, CEO, Google – “I think it was part of that training of not following rules and orders, and being self motivated, questioning what’s going on in the world and doing things a little bit differently,” Page has said of his Montessori education in The Christian Science Monitor. Thomas Edison – “I like the Montessori method,” Edison has been quoted saying, according to historians at the Thomas Edison National Historic Park. “It teaches through play. It makes learning a pleasure. It follows the natural instincts of the human being. The present system casts the brain into a mold. It does not encourage original thought or reasoning.” Jeff Bezos, CEO, Amazon – The Wall Street Journal reports that according to Jeff Bezos’s mother, “young Jeff would get so engrossed in his activities as a Montessori preschooler that his teachers would literally have to pick him up out of his chair to go to the next task.”

Will Wright, Creator of “The Sims” videogame – In a TED Talk, Maria Montessori’s methods inspired Will to invent an entirely new video game genre—non-violent, open-ended games in which players use sophisticated computer simulation tools. Jimmy Wales, Founder, Wikipedia – Wales has described his childhood private school as a “Montessori influenced philosophy of education,” where he “spent lots of hours poring over the Britannicas and World Book Encyclopedias” according to his Wikipedia page (which we hope Wales created himself, all considering.)

Don’t forget!  If you or your friends are considering your school options for next year and are interested in the Montessori Program in Richmond Public schools?  Join us at the Montessori  Kindergarten Parent Information Evening tonight, January 14th,  at James McKinney Elementary.  Students will demonstrate materials from 6:30 – 7, and presentations about Montessori, the program, and the registration process will begin at 7 pm.  We’ll be there to answer your questions about RAM and hope to see you there!

Our Gift Card Fundraiser is back. 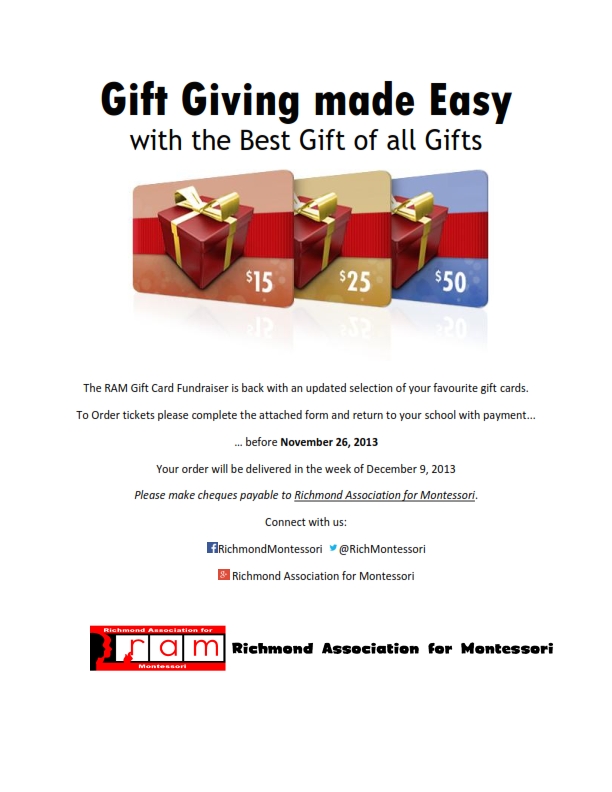 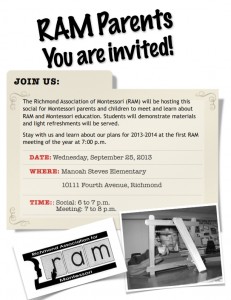 The Richmond Association of Montessori (RAM) will be hosting this
social for Montessori parents and children to meet and learn about
RAM and Montessori education. Students will demonstrate materials
and light refreshments will be served.
Stay with us and learn about our plans for 2013-2014 at the first RAM
meeting of the year at 7:00 p.m.

Doors open at 6:30 p.m. with an opportunity to see students demonstrating Montessori materials, and to talk to RAM and school representatives.  Presentations start at 7 p.m. and will cover information about the program, how to apply and about RAM.

Information is available on the Elementary programs information page from Richmond School Board: 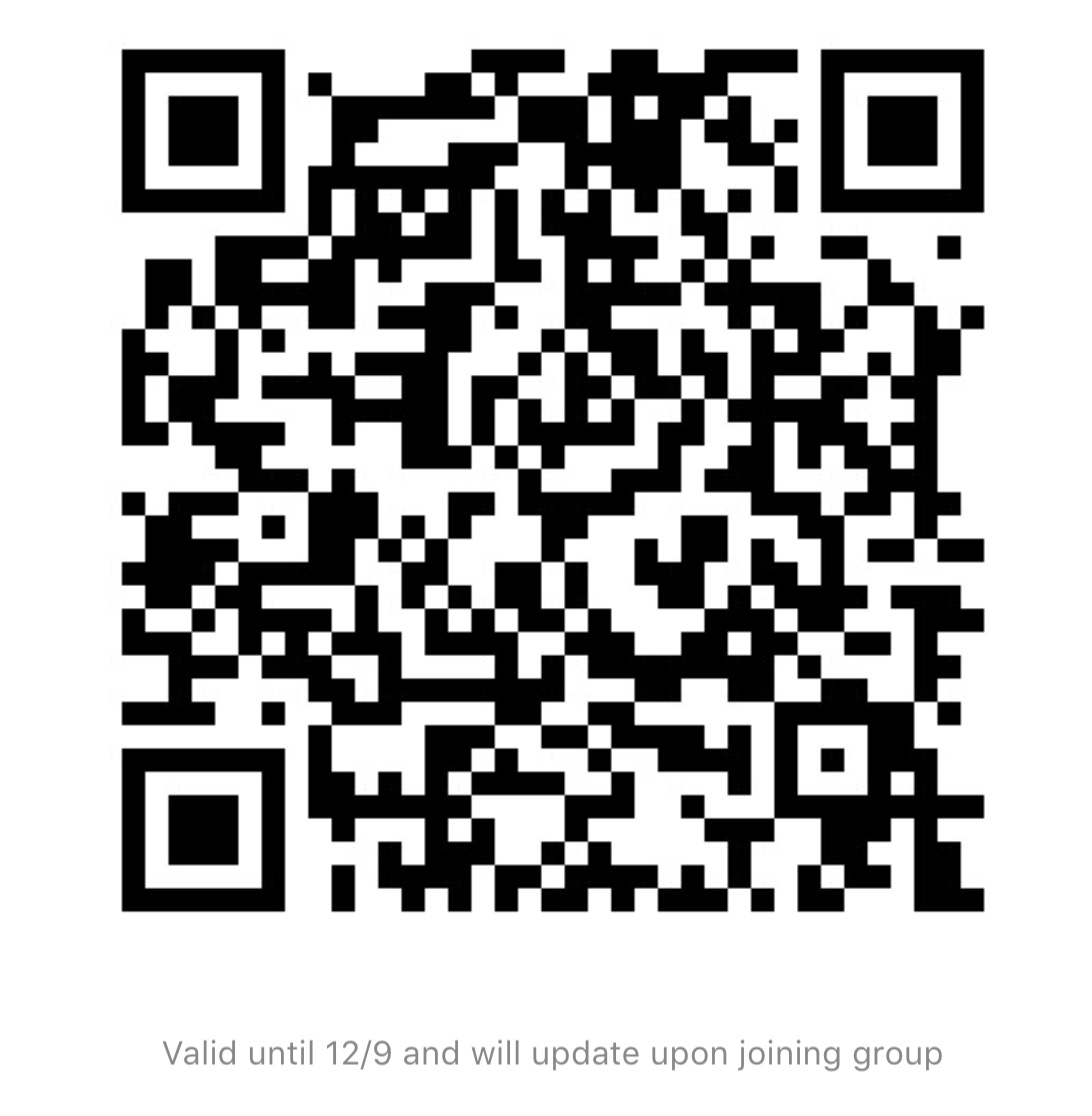